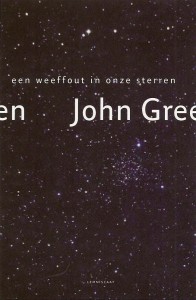 boekverfilming, John Green, The Fault in our Stars